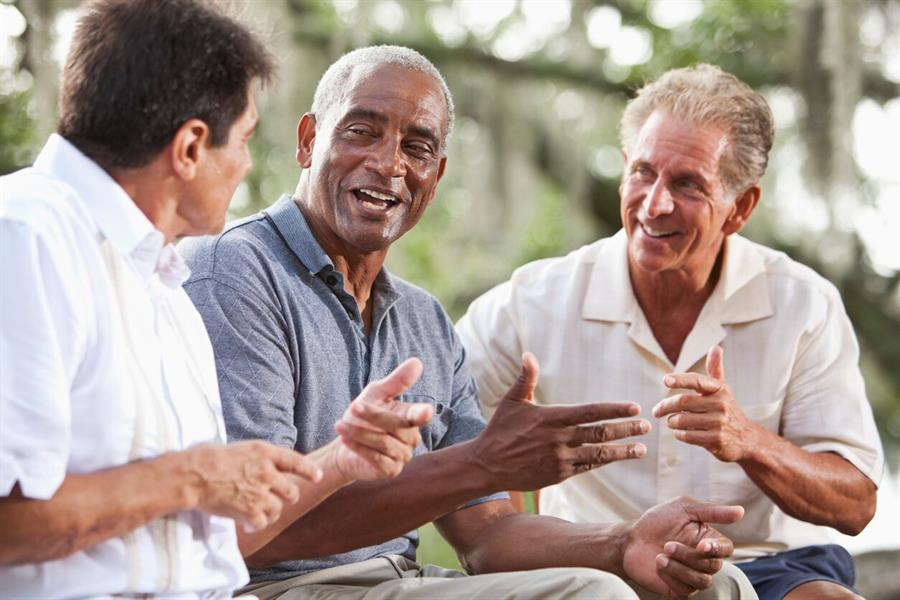 The menâs sheds : A safe and inclusive space for older men

Have you heard about men's sheds? These are spaces dedicated to older men that aim to break their social isolation, provide them with a place to work and talk, and put them in contact with professionals who could diagnose physical or mental health problems.

The men's shed is an Australian concept dating back more than 20 years. This concept has taken root in Canada, with 17 men’s sheds in five Canadian provinces.(1-3) Created in response to the alarming rate of suicide among older men in Australia, these clubs are now focused on improving the overall health and well-being of older men around the world. Without wanting to perpetuate clichés of men always playing with their tools in their shed, and having difficulty establishing social relations, it remains that many older men thrive in this kind of environment, surrounded by men who share common interests.

A systematic review of 14 studies, including 11 from Australia, two from the United Kingdom and one from Canada, examined the effects of men's sheds and other social activities for older men on their health and well-being.(4) Men often have habits that pose certain health risks (alcohol and tobacco use, for example), have more difficulty in developing friendships as they get older, tend to be more socially isolated, and are less likely to join social or community groups, unlike their female counterparts. Developing social activities for older men, especially those who are lonely or socially isolated, and encouraging their participation, is therefore often complex.

Measuring the concrete effects of activities dedicated to men (whether in the context of men's sheds or other clubs) is challenging. However, the systematic review reveals that allowing older men to share their health concerns and experiences in a supportive environment that is not perceived as part of the formal health and social-services system seems to increase their overall well-being.

The 14 studies identified in the systematic review provided answers to various questions to measure the effects of men's sheds on the overall health of older men.

1) What are the effects on the physical health of older men?

Studies identified in the systematic review indicate that while participants themselves reported improvements in their physical health status, the researchers did not find robust evidence (or objective or validated physical health measures) about the effects of men's sheds on the physical health of older men.

2) What are the effects on the mental health of older men?

Compared with other types of social activities designed for men, the review found more evidence about the positive effects of men's sheds on the mental health of older men, perhaps because they contribute to a strong feeling of belonging.

3) What are the effects on the well-being of older men?

Men's sheds also appear to be beneficial to the social well-being of older men, as they give them a sense of personal and social accomplishment by enabling them to learn and share skills. This contributes to their self-esteem, but also to allowing them to play a meaningful and useful role in their community, which gives meaning to their lives. In addition, developing friendships with men of their generation helps to counter social isolation, and they benefit from a better support network.

4) What factors contribute to the success of men's sheds?

It is important that men’s sheds be well located geographically, and that they offer a wide range of activities and extended hours of operation. Researchers also found that a qualified coordinator can support the operations of the men’s sheds and help to promote participation of older men.

Men who frequent the sheds appreciate when activities are voluntary and not too structured. Studies have reported that men tend to see themselves as volunteers or members (rather than clients or patients). These men come together to enjoy hands-on activities and to give back to their community, rather than being the beneficiaries of a complex social intervention to improve their health and well-being. Finally, the sense of belonging to a social group, the friendships and the support that is built over time are key pillars of the men's sheds.

Men's sheds specifically address the social needs of older men who are isolated by focusing on the social determinants of health. To reduce health disparities, healthcare and social-care professionals (including community workers) can take advantage of men’s sheds to offer conferences, prevention workshops, and screening activities dedicated to older men.

Are you interested in creating or supporting a men's shed in your community? The Canadian Men's Sheds Association offers a comprehensive user toolkit and guide to create men’s sheds, and also to overcome the resistance among older men who are socially isolated: http://menssheds.ca/the-toolkit and http://menssheds.ca/build-your-own-utility-shed

Blog post: Screening for prostate cancer: What you should know about the PSA test
Web Resource Rating: Testosterone therapy: Potential benefits and risks as you age
Evidence Summary: In obese men, diet and exercise programs can lead to weight loss
Take an active role in your health and read our resources on men's health!
Get the latest content first. Sign up for free weekly email alerts.
Subscribe
My memories, my digital heritage
Strategies to help battle loneliness and social isolation in our golden years
Social isolation and loneliness among older adults experiencing hearing loss