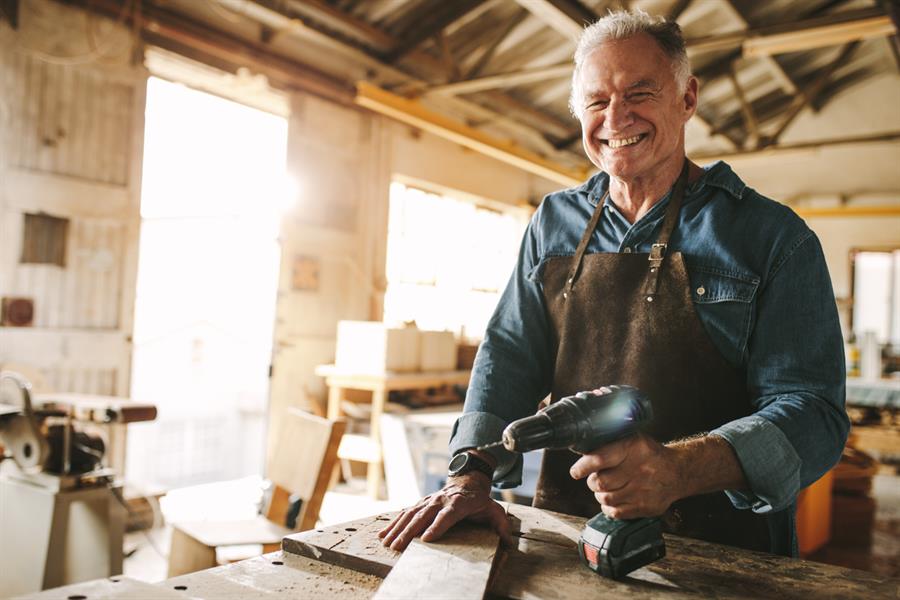 Combating ageism in the workplace

Like in most industrialized countries, the Canadian population is aging due to a low fertility rate and a longer life expectancy. The number of young workers entering the labour market is not offsetting the loss of older workers who are retiring, which is causing a labour shortage that is already being felt in many sectors.(1) As a result, recruiting experienced and skilled workers has become a challenge. No wonder companies are putting in place incentives to hire older workers or to retain older workers who are contemplating retirement. Governments are also involved in introducing fiscal measures to delay workers' retirement or to encourage those in retirement to return to the labour market.(2)

Although there is a desperate need for experienced and skilled labour, older workers are facing challenges. In fact, many of them face stereotypes, prejudices and discrimination because of their age.(3) This phenomenon, known as ageism, is widespread and has adverse effects on the health and well-being of older workers, while marginalizing and excluding them. It can also have devastating impacts on the work climate and organizational productivity.(4) Can research evidence shed light on this phenomenon?

A recent systematic review examined 43 studies on ageism in the workplace.(5) Four main themes emerged from the analysis:

Stereotypes and perceptions of older workers

Some studies show that positive stereotypes exist about older workers, who are sometimes seen as more sociable, reliable or loyal than younger workers. Nevertheless, the majority of stereotypes associated with older workers are negative: less competent, less productive, unable to use new technologies or learning new things, cognitively and physically limited. These prejudices are unfortunately shared by several employers or human-resource managers, among others.

Studies show that many employers have negative intentions regarding the hiring of older workers. With equal qualifications, employers seem to prefer hiring a younger worker. Also, human-resource managers are less likely to ask an older worker to update their knowledge and encourage them to take training. Most employers do not intend to retain their older workers for a long period of time, and many older workers end up internalizing these negative perceptions: these older workers will be more likely not to seek training and plan to leave their organization early.

Studies revealed that there are discriminatory practices in terms of recruitment, hiring, training, promotion and retention of older workers. For example, employers have reported using Internet advertisements to limit older workers' access to job opportunities, believing that older workers do not use the Internet in their job search.

Strategies used by older workers to deal (or negotiate) with ageism

Although few studies have addressed this theme, it appears that older workers who have internalized ageism in their workplace are increasingly disengaged, remaining away from promotions or lowering their job expectations. On the other hand, many older job-seekers have adopted strategies to prevent employers from guessing their age, for example by withdrawing years of graduation from their resumes.

Older workers are an asset to our society. Thus, we need to create an environment conducive to their participation in the labour market and thus combat ageism. But dealing with ageism is not an easy task because we have to combat stereotypes, prejudices and discrimination against older people who go beyond the workplace. That said, many governments and organizations seek to promote the participation of older people in the labour market, including through:
- awareness campaigns to combat ageism;
- financial incentives to hire older workers or support their retention;
- occupational health and safety initiatives targeting older workers;
- favourable fiscal measures such as adjustments to retirement income systems;
- training for older workers to upgrade their skills; and
- adaptation measures in the workplace.(2)

If you are employed (or if you are looking for a job) and you think you are discriminated against because of your age, remember that this is illegal. You cannot be denied a job, training, or promotion, or forced to retire, because of your age. With very few exceptions, mandatory retirement is not allowed in Canada. You can make a complaint to your organization, to your provincial or territorial human rights agency, or to courts that may be competent depending on the circumstances.

Blog Post: What factors lead to early retirement due to disability?
Blog Post: Workers and employers: push back the retirement age!
Blog Post: Making the transition to retirement
Evidence Summary: Low control in work and job strains among key risk factors for disability retirement
Evidence Summary: Ageism takes many forms in the workplace
Web Resource Rating: Promoting the labour force participation of older Canadians
Get the latest content first. Sign up for free weekly email alerts.
Subscribe
Raising the retirement age: what about the health and wellbeing of older workers
Combatting ageism to leverage the assets of older workers
Making the transition to retirement