Drugs for people with Alzheimerâs disease: What they do, who pays for them, and why governments donât pay more

What drugs are available and what do they do?

These drugs do not cure AD, nor do they stop the disease from getting worse. Rather, AD drugs treat the cognitive (or thinking) symptoms of the disease (1). These drugs might help people remember small things or they might help people perform a little better in their daily activities, but the disease continues to progress. Medical studies show the benefits of AD drugs can wear off after a few months; hardly any studies have examined these drugs for longer than one year (1).

Persons with AD respond to the drugs differently. A drug that treats symptoms for one person might not work for another person. Doctors might have to prescribe two or more of the AD drugs before finding one that works for a particular patient.

How much do these drugs cost and who pays?

Currently, AD drugs cost about $5.00 Cdn per day (2). Since these drugs do not cure the disease and their benefits wear off over time, public and private health insurers limit coverage to persons who meet certain conditions. For example, to be prescribed donepezil, rivastigmine, or galantamine, persons must have mild or moderate AD. Also, coverage might stop after a fixed period, even if a person’s symptoms have not changed since their last check up.

Without insurance coverage, persons with AD and their families must pay for their own drugs. This can be financially straining because most people with AD are retired and on fixed incomes. Spouses may also be on fixed incomes and children may have financial obligations of their own.

Why don’t governments cover more of the cost of AD drugs?

Provincial governments are responsible for health care in Canada. They spend an average of 38% of their budgets on health care (3). Within this sector, the provinces pay workers’ salaries, fund hospitals, cover medical procedures, and reimburse the cost of drugs for hundreds of serious diseases. If the healthcare budget increases, governments will have to reduce the provision of goods and services in other areas such as education or public transit. Or, governments will have to borrow more money or raise taxes.

The provinces have to consider whether they should spend money on AD drugs instead of treatments for other diseases. Ultimately, AD drugs treat symptoms only, do not cure the disease, do not work for every patient, and wear off over time. Other treatments, including drugs or surgeries, might be more effective for treating equally devastating diseases. Faced with limits on how much money is available to spend, the provinces must make difficult choices and they have chosen to restrict coverage for AD drugs. The impact of these medications on health care in general is smaller than the impact of treatments for some other diseases.

What does everybody else want?

While governments have to balance many competing demands with limited budgets, other groups have different priorities. Pharmaceutical companies, advocacy groups, patients, and patients’ families may argue for expanded AD drug coverage.

Pharmaceutical companies have sponsored most of the large AD drug trials. They often put the most favourable ‘spin’ on the results of these trials, even when the benefits of the drugs are small or non-existent (4). Pharmaceutical companies urge the provinces to pay for AD drugs. Public insurance coverage generates more prescriptions, which leads to increased sales and market share for these companies. Advocacy groups, such as the Alzheimer’s Society of Canada and the Alzheimer’s Association in the United States, exist to help persons with AD. These people want improved access to AD drugs, so advocacy groups argue for better drug coverage.

The impact of AD is perhaps most profoundly felt by the spouses, children, other relatives, and friends of persons with AD. These people witness how AD slowly strips away the very essence of their loved ones’ being. Often motivated by love and sympathy, relatives and friends will seek out any treatment, no matter how good or bad, in the hope that they can somehow help their loved one ‘get well’. Any drug is seen as a better option than nothing, even if the chance for lasting change is small. One need only search the Internet to see the vast number of complementary treatments that claim (despite a lack of solid medical evidence) to help or even cure AD.

Although millions of dollars are spent on AD research every year, scientists still do not understand all of the causes of AD. This absence of knowledge has hampered the development of more effective drugs. Optimistic predictions suggest that we may have to wait as much as ten years before new classes of drugs that target the disease process, rather than symptoms alone, become available (5).

Get the latest content first. Sign up for free weekly email alerts.
Subscribe
Testosterone treatment in men: What you need to know
3 research-based benefits to being involved in conversations about your health â part 2
4 evidence-based strategies to help you on your journey towards stroke recovery 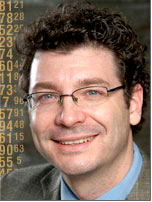