Frailty in the eye of the beholder

Consider the typical scenario of Mrs. Black: Mrs. Black is a seventy-one year-old widow with four adult children. She has osteoarthritis and diabetes, for which she takes medications. She lives alone and tends to be isolated. She takes care of her personal needs such as cooking, cleaning, groceries and banking. She eats very little. Although she does not use a walking aid, she seems to have slowed down lately. Her children describe her as 'frail'. Most people seem to have some intuitive sense of what frailty is. So should Mrs. Black be considered frail? If so, can anything be done about it?

These questions are in fact highly debated among experts who study aging (1). There does not exist, as yet, a tool widely used by doctors to diagnose frailty. Geriatricians will nevertheless declare that they can identify frailty in patients when they see it. It seems, however, that doctors and researchers are unable to agree on a single definition for frailty, suggesting that frailty may in fact be in the eyes of the beholder. This blog post examines the current understanding and issues associated with frailty.

Frailty represents a form of vulnerability or weakness in the older person. It is different from simply 'growing old', since some individuals live to an old age without becoming frail. Furthermore, individuals of the same age can be quite different in terms of how frail they are. Frailty would be the opposite of what many consider successful aging.

While there is still no agreement among experts on a common definition or clinical tool for identifying frailty, the most widely applied definition in research includes five symptoms (2):

An individual with any three or more of these five symptoms is classified as frail (2).

Many other definitions have been proposed and studied (3;4). Most include these five core symptoms in some form, but incorporate other components as well. Most notably, many recommend the inclusion of decreased mental function and depression as symptoms of frailty.

Frailty: What can be done about it?

Even if there is not yet a common understanding of the specifics of frailty, many experts advocate screening older persons for frailty (5). Frailty is believed to be an early sign of declining health. As such, it may serve as a 'red flag' prior to the occurrence of more severe or irreversible conditions, such as disability. In the example of Mrs. Black, the family and doctors would want to identify and address any factors that are contributing to her frailty symptoms. The goal is to prevent or at least slow down her decline.

Compared to their non-frail counterparts, frail individuals are more likely to experience medical complications, disability, or imminent death. They are less likely to withstand the impact of harsh medical interventions such as surgery or chemotherapy. By identifying patients who are frail, doctors may be able to moderate such interventions and provide them with better tailored care.

Most importantly, researchers are providing evidence that certain interventions may prevent or delay frailty, and perhaps even treat it once it has occurred. These interventions include (5):

What frailty means to older persons

Older persons themselves may have their own perspectives of what it means to be frail. For example, factors such as mood, have been cited as important to patients and their families; often these are overlooked by clinicians and researchers (1;5;6). Psychological health plays an important role in older persons' beliefs about aging successfully. In a study of older persons where only 15% experienced absence of physical illness, 92% reported feeling like they were aging successfully (7).

The research evidence has demonstrated that stereotypes of aging, both positive and negative, are internalized by older persons. This can have both short- and long-term effects on their health (8). For example, when older adults are exposed to negative aging stereotypes, performance on memory tasks, handwriting and walking speed, as well as physiological measures such as blood pressure, pulse rate, and skin conductance become worse. In fact, in one study, the research showed that an increase in walking speed for those exposed to positive aging stereotypes was comparable to that seen with several weeks of rigorous exercise. Negative stereotypes act as cardiovascular stressors while positive stereotypes reduce evidence of cardiovascular stress. Positive perceptions about aging have impressive long-term effects as well. Individuals with positive self-perceptions of aging have been found to have better functional abilities over a period of eighteen years.

These findings should serve as a caution about a potential self-fulfilling prophecy when labelling older persons as 'frail'.

We don't really know whether the benefits of targeted treatments and care for individuals identified as frail outweigh the harm that may result from the labeling.

Get the latest content first. Sign up for free weekly email alerts.
Subscribe
âDancingâ our way to fewer falls and better physical function?
Do face masks help prevent the spread of respiratory viruses?
Are aspirin and other non-steroidal anti-inflammatory drugs effective for preventing dementia? 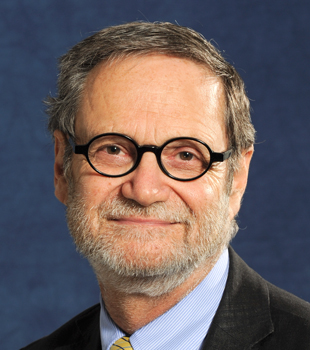 Dr. Bergman is the chair of the Department of Family Medicine, and a Professor of Geriatric Medicine at McGill University. He is internationally recognized for his research on integrated care, frailty and chronic disease.

Sathya Karunananthan is a PhD in Epidemiology at McGill University and her research focus is on patterns of decline in physical function preceding death in older persons and frailty.