The shingles vaccine: Should you get it?

If you’re lucky, the only “shingles” you need to concern yourself with are the ones on the roof of your home. But if you’re among the many to have experienced this medical condition, you know only too well how much pain, discomfort and distress it can cause.


Shingles is the common name for herpes zoster, which is caused by the same virus responsible for chicken pox (1). Anyone who has had chicken pox (usually as a child) is at risk of developing shingles because the varicella virus can stay “asleep” in the body for decades before becoming active again and causing more grief – generally in the form of an itchy, blistering and often excruciating rash on one side of the body or face (1). The infection usually heals within two to four weeks (2) but the pain can last much longer, and in rare cases can cause severe and permanent damage including blindness (3).


Older adults and others with weakened immune systems are particularly vulnerable and the risk of getting shingles increases with age (4). Unlike chicken pox, shingles can strike more than once and as Dr. Mark Loeb - a professor in the Department of Pathology and Molecular Medicine at McMaster University - points out, another complication can be even more worrisome. "Postherpetic neuralgia” can affect up to one in three people with shingles and usually occurs up to a month after the rash appears. As Dr. Loeb describes, it can range “from mild to really excruciating pain after the rash has resolved and can persist for weeks, months, even several years. This pain can disrupt sleep, work or activities of daily living."


What can you do to protect yourself? At the moment, there is no way to completely prevent the virus from attacking, however a single-dose vaccine is available that will significantly reduce your risk. Thirteen studies were included in a systematic review assessing the effectiveness of the vaccine. Participants – all healthy adults over the age of 60 – were given either the vaccine or a placebo and monitored to see if they developed shingles as well as any longer-term nerve damage (5).


So should you get the shot? “The bottom line is you can get excruciating pain that can linger for a long time, and there is a way to help prevent it,” Dr. Loeb says. “The shingles vaccine has a proven track record, is safe, effective and well tolerated. For people aged 60 and over, I would recommend it.”


The good news doesn’t end there! The review mentioned above also included trials involving a newer vaccine that showed some promising early results—the potential to cut the risk of getting shingles by more than 90% (5). This two-dose vaccine is now available in Canada (6), and suggestions that it could be superior to the original single-dose shingles shot are supported by a recently published systematic review (7). However, with greater effectiveness may come a higher risk of side effects—such as swelling—at the area the vaccine is injected. Seeing as this vaccine is newer, more research is needed to get a better picture of how it stacks up against the original shingles vaccine in terms of safety, impact on other shingles-related outcomes, cost-effectiveness, and more (7).


Talk to your health care provider about your options for vaccination against shingles.


What a patient tells us

As someone who has already had shingles twice, retired Hamilton, Ontario resident Jean also recommends the vaccine (at the time only the single-dose vaccine was available). Although she noticed the symptoms in time to get medication and avoid the worst of the rash and pain, she is surprised by how quickly the symptoms appeared and spread.


The first instance occurred about four years ago. “I was taking a shower and noticed a four inch red mark that swooped down my back in a crescent shape – as if the water had scalded that area.” That experience prompted Jean to act immediately when she saw another spot starting to form. Shortly after that episode she decided to get the vaccine, but recognizes that without a drug plan, some people might hesitate due to the cost. Fortunately, the vaccine is now free for eligible adults ages 65-70 in Ontario.


All in all, she believes she did the right thing, especially after learning about severe cases in which people got shingles in the eye or tongue. “If it reduces my chance of having problems in the future, then it’s worth it. I knew that the vaccine was not a guarantee that I would never get shingles, but in my case it certainly made sense to get it!”

Get the latest content first. Sign up for free weekly email alerts.
Subscribe
Caring for the skin you are in: What works?
Testosterone treatment in men: What you need to know
Parkinson's disease: opening the dialogue to avoid self-stigma 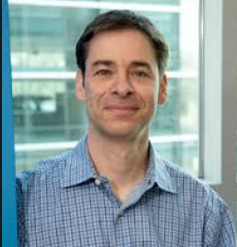 Dr. Loeb is a Professor in the Departments of Pathology and Molecular Medicine and Clinical Epidemiology and Biostatistics at McMaster University. He holds the Michael G DeGroote Chair in Infectious Diseases Research. His work focuses on reducing the spread of viral infectious diseases and measuring impacts of viral infection on the general population.