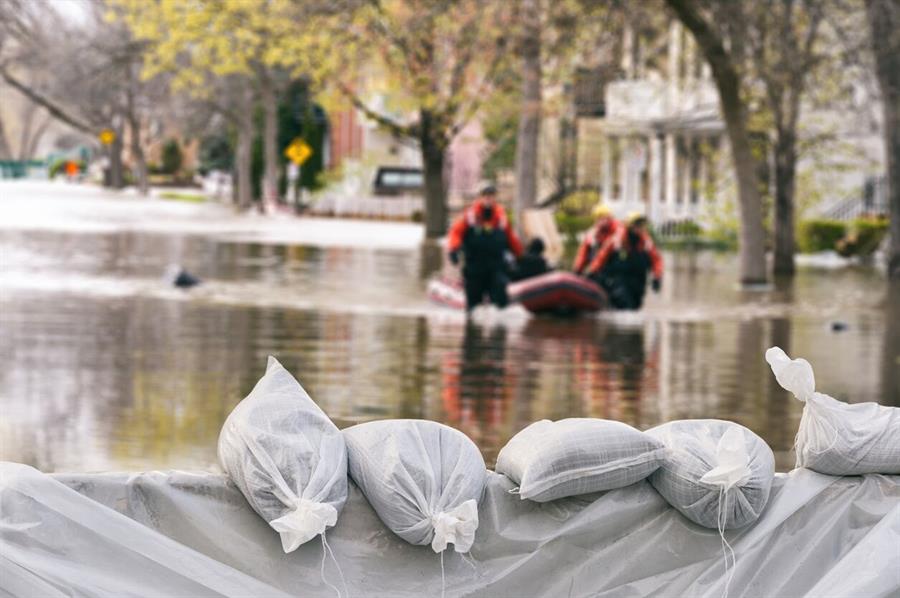 Be prepared: Tips for facing disasters

Be prepared: the Scouts' motto highlights their desire to be always ready to take action to deal with any situation. But being prepared to face disasters (natural or man-made) is not an easy task. Recent research on climate change and rapid urbanization predicts an increase in the intensity and frequency of natural disasters, including hurricanes, ice and snowstorms, floods, droughts and heatwaves.(1)

Older adults are particularly vulnerable to such disasters.(2) But what does the research tell us about their ability to cope with and recover from disasters?

A systematic review of 33 articles examined the key factors influencing the capacity of older adults to cope with disasters (also known as ‘resilience’).(1) Seniors' resilience to disasters is a complex issue involving many factors ranging from individual characteristics (for example, health status, age, income, marital status, beliefs or prior exposure to similar stressful events) to social and organizational factors (for example, access to social support, access to health and social services, and access to information and communication channels).

Let’s take income as an example. We sometimes wonder why people living in flood zones do not move to a safer zone to avoid future floods. The reason may be as simple as not having the financial means to do so. Income also has an impact on how well people are able to recover from a disaster. Several studies show that low-income older adults are more likely to struggle financially and may be unable to rebuild their homes and their livelihoods. Low incomes can thus exacerbate the stress generated by a disaster. This is especially true for older adults whose incomes are dependent on natural resources that are affected by disasters, such as fishermen, tour guides, or fruit and vegetable producers. These individuals are more likely to experience mental and physical health problems after a disaster.

Another factor is the level of social support of older adults. Social support has a certain influence before, during and after a disaster: all studies report a better response when older adults are well supported. The decision to evacuate is often made following discussions with relatives and neighbours. Having more social support means less depression, generalized anxiety disorder or post-traumatic stress following disasters. Also, being part of a community and helping with reconstruction help to shape a sense of belonging and purpose.

Communication channels commonly used to provide information during disasters often disadvantage older adults. The authorities responsible for public safety in case of disasters increasingly use social media like Facebook and Twitter, as well as digital television, as part of their information and alert systems. Research shows that these channels seem to be used to a lesser extent by older adults.

Finally, the health status of older adults is an important factor. Pre-existing health conditions often worsen after disasters, as older adults no longer have access to all the care they need (for example, lost medication, damaged medical devices, absence of support staff). In addition, studies show that authorities often implement evacuation or security procedures that are not always suitable for older adults, such as hiding under tables or requiring people to carry heavy equipment to build a dike. Older adults with mobility or cognitive problems will also have difficulty accessing emergency resources set up by the authorities.

Being prepared for a disaster or other emergency means at least four key elements:

2. Prepare an emergency plan based on these risks and your own capacities (or if you live in a facility, find out about their emergency plan).(4)

3. Prepare an emergency kit that will allow you to be self-sufficient during the first 72 hours of an emergency.(5)

4. Form a personal support network of at least three people you know, trust, and can help in an emergency.(6)

Get the latest content first. Sign up for free weekly email alerts.
Subscribe
12 steps towards recovery: Can engaging in support programs help with alcohol abuse disorder?
Violence against women and COVID-19: A pandemic within a pandemic
The untold story inside you