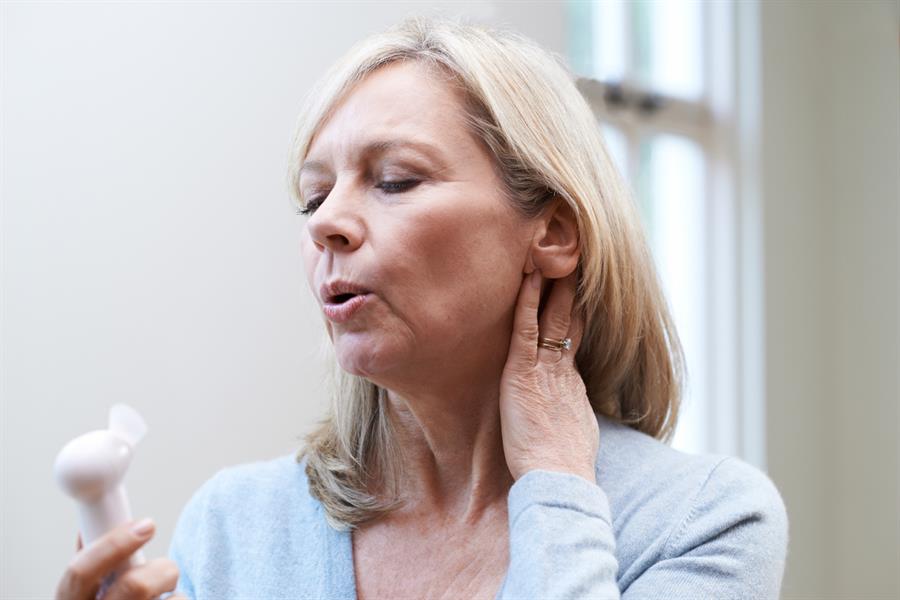 Is it just me, or is it hot in here? Take the heat out of menopause with these treatments


As women age, they produce less and less female sex hormones like estrogen and progesterone until one day they no longer menstruate (5). Otherwise known as “the change”, a woman has officially reached menopause when she has not had a period in 12 months (1). This typically happens at about age 50, but it can start earlier too (1;6). Although menopause most often occurs from natural changes in hormone levels (3), other culprits include surgical removal of the uterus, chemotherapy, radiation therapy, or when for certain reasons—like disease or genetics—ovaries are unable to make the needed levels of female sex hormones (5).


Whether menopause is triggered by a natural or unnatural process, its many symptoms can range from mild to severe and can be a challenge to deal with. For instance, in some women, symptoms like hot flashes and night sweats may be mildly annoying (3;7). But for others, these symptoms leave them desperate to escape the unrelenting waves of heat and sweat that hinder their ability to go about their daily lives (3;7;8). In fact, those pesky hot flashes and night sweats are among the most common complaints (2), affecting up to a whopping 85% of all women (9;10).


Luckily, several treatments are available to help women cope with menopause’s hormone-induced heat waves (8), but just which options are actually backed by evidence?

A recent systematic review found that there are a few different drug and non-drug treatments that may reduce the frequency of hot flashes and night sweats in women experiencing natural menopause and with an intact uterus. The treatment options looked at included: real and “fake” acupuncture, hormone replacement therapy patches or pills containing estrogen and progestogen, other hormone replacement therapies—like tibolone and isoflavones, non-hormonal drugs like raloxifene, antidepressants, Chinese herbal medicine, black cohosh (a plant root), and multibotanicals.


Results showed that hormone replacement patches, as well as isoflavones and black cohosh were all effective in reducing how often women experienced hot flashes and night sweats compared to placebo, and generally with minimal side effects. However, because isoflavones and black cohosh were prepared differently across the studies included in the review, it was not possible to pin point which preparation of each worked best. The individual safety of every preparation does also need to be considered.


In addition to these three effective treatments, there was also some evidence to suggest that hormone replacement therapy pills might work. Unfortunately, for those looking for more treatment options to choose from, fake and real acupuncture, tibolone, raloxifene, antidepressants, Chinese herbal medicine, and multibotanicals did not appear to have an effect when compared to placebo.


Although no treatment was shown to be clearly better than the others, the authors of the review concluded that hormone therapy patches may work best.


Do you feel like you are suffering amid your own personal heat wave? If your answer is yes, there are a few promising options to discuss with your health care provider.

Get the latest content first. Sign up for free weekly email alerts.
Subscribe
Can calcium supplementation reduce the risk of high blood pressure?
Horticultural therapy: Are there benefits to guided gardening?
Testosterone treatment in men: What you need to know