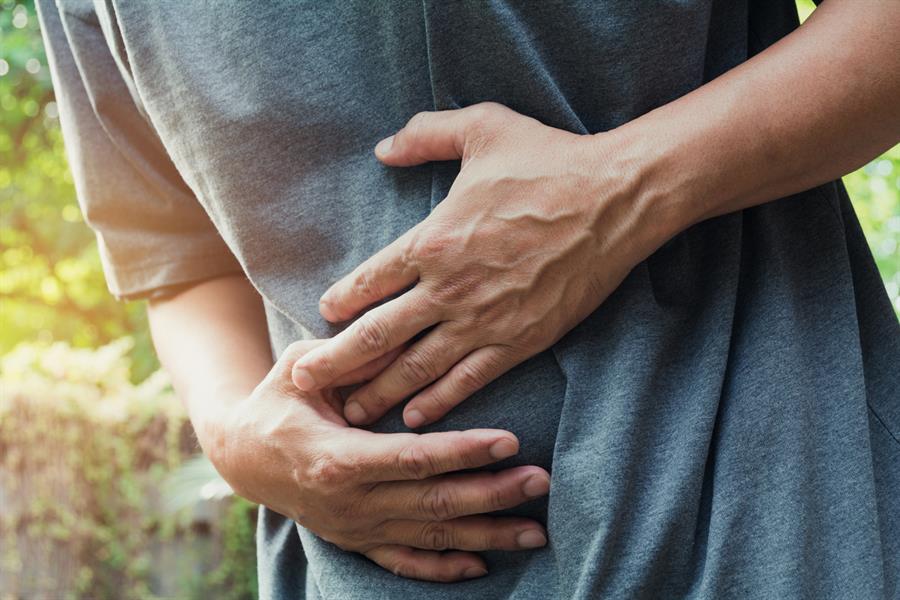 Does cannabis offer new hope for folks with Crohnâs disease and ulcerative colitis?

Stomach pain, cramps, diarrhea, fatigue, rectal bleeding, fever, weight loss—these are just a few symptoms that are all too familiar to people with inflammatory bowel disease (IBD) (1-4). While people with IBD often feel embarrassed about their condition, there is no shame in it. Talking about IBD can lead to finding better ways to cope.


IBD is an umbrella term that describes chronic inflammatory conditions that affect the digestive tract—which includes the mouth, esophagus, stomach, and the small and large intestines (1-5). Crohn’s disease and ulcerative colitis are the most common forms of IBD (6). In North America, over 1.6 million people live with IBD (1;7-8), including around 270,000 Canadians—projected to be 400,000 by 2030 (9). And you guessed it…the fastest growing group of Canadians with IBD is adults aged 65 years old and over (9;10).


The cause of IBD is still a mystery, but it is thought to arise when environmental factors (e.g., infections, antibiotics, etc.) prompt the immune system to mistakenly attack microorganisms and food in the gut, producing inflammation in the digestive tract. Genetics may also play a role in increasing the risk of IBD (1-4;11). Typically, the disease alternates between periods of inactivity (a.k.a. remission) and periods when symptoms flare-up (a.k.a. relapse) (2-4).


Unfortunately, there is no cure for IBD. Instead, go-to medications often aim to reduce inflammation or suppress the immune system to get and keep people in remission (2-5). Many of these medications can come with potentially serious side effects, such as lymphoma, non-melanoma skin cancers, and liver issues (9).


One popular and highly debated alternative treatment option is cannabis (2;4). With cannabis touted as a one stop-shop for many of our medical needs, and its increasing accessibility through legalization, where does the evidence stand on its use for Crohn’s and ulcerative colitis, specifically?


When reported on, neither review found that cannabis cigarettes or cannabis oil induced remission in patients with active disease or helped with inflammation (2;4). In both Crohn’s and ulcerative colitis, cannabis cigarettes led to a reduction in disease activity (2;4), but in Crohn’s patients, this was accompanied by an increase in mild side effects such as memory loss, drowsiness, confusion, dizziness, and trouble concentrating (2). Cannabis oil produced potentially meaningful increases in quality of life in both types of IBD (2;4), but in patients with ulcerative colitis, this strategy was associated with mild to moderately severe side effects such as headache, tiredness, dizziness, nausea, and trouble concentrating (4).


So, what should patients and caregivers affected by Crohn’s and ulcerative colitis make of these findings?


If you’re considering using cannabis or cannabis oil to treat your Crohn’s or ulcerative colitis, reach out to your health care provider to help you navigate the potential harms and benefits and factor in where the current evidence lies.

Get the latest content first. Sign up for free weekly email alerts.
Subscribe
Preventing type 2 diabetes with the âsunshineâ vitamin?
Preventing lung cancer: Do supplements have a role to play?
âBehind the Musicâ: Music-making for cognitive health