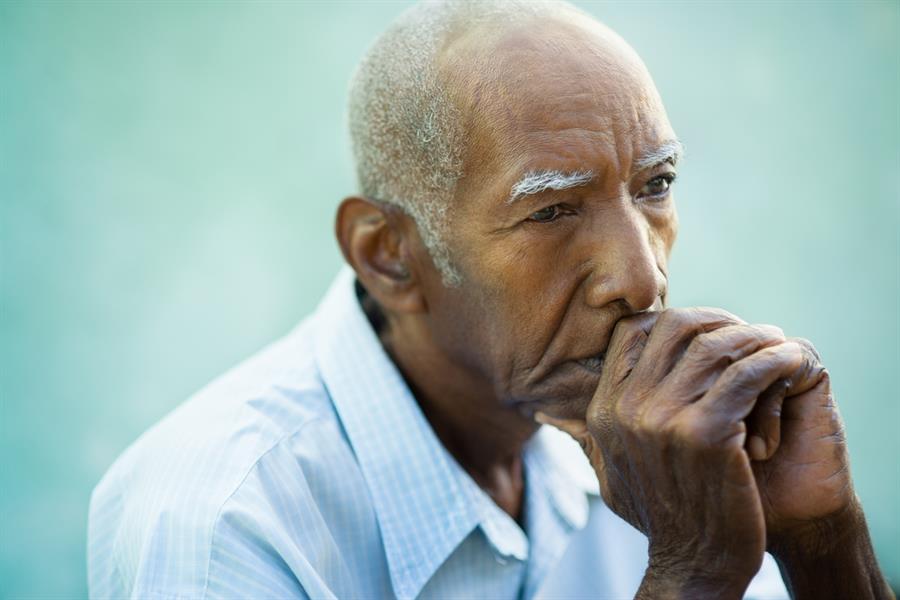 Treating symptoms of depression in people with dementia: Are non-drug strategies a promising option?

Lack of energy and concertation, loss of appetite, social isolation, decreased activity, sadness, low self-worth, and irritability. Although these words do not paint a pleasant picture, if you are living with dementia or are a caregiver for someone who is, they are important to note because they are all symptoms of depression (1-4).


Globally, almost half of the approximately 50 million people living with dementia will experience depressive symptoms, with 16 million of those effected not receiving an official depression diagnosis (1;5-7). Regardless of the presence of a formal diagnosis, depressive symptoms result in a variety of consequences, including poor quality of life for patients and greater levels of burden for caregivers (1;8-9).


Anti-depressants, antipsychotics, and other medications are likely top of mind when people think of treatments for depression or depressive symptoms. However, both the safety and effectiveness of drug-based treatment options for people with dementia have been questioned (1;10). Take, for example, anti-depressants. Although more research is needed, the currently available evidence does not lend strong support for their use in treating depression in people with dementia, and in particular for a period longer than 3 months (10). What’s more, there are several negative side effects associated with depression medications, including nausea, vomiting, dizziness, blurred vision, falls, broken bones, sleep disturbances, and dry mouth (1;10).


Given these findings, there has been increased interest in exploring the effect of non-drug-based options for treating depressive symptoms in people with dementia. A recent systematic review aimed to provide further insight into the matter, specifically among those experiencing depressive symptoms without an official depression diagnosis (1).


More specifically, seven treatment options appeared to be effective in reducing depressive symptoms in people with dementia but without a depression diagnosis, in comparison to usual care, which generally involved access to routine health care and in-home supports for carrying out daily activities (e.g., bathing). Six of these successful treatments were solely non-drug strategies, namely: cognitive stimulation on its own; cognitive stimulation combined with exercise and social interaction; massage therapy and touch therapy; occupational therapy; multidisciplinary care; and reminiscence therapy. Only one of the effective strategies included the use of a drug, and this treatment option was a combined effort between cognitive stimulation and dementia treatment drugs known as cholinesterase inhibitors. Outside of this, no other drug treatments on their own appeared to be more effective than usual care at reducing depressive symptoms.


At this point, you may be wondering about the specifics of these non-drug strategies. Well, cognitive stimulation involved games, art therapy, or activities that aimed to improve orientation or encourage people to reminisce; exercise referred to aerobics, resistance training, or balance activities; social interactions were those that occurred with other people and went beyond just usual care; massage and touch therapy encompassed massage, acupressure, and therapeutic touch; multidisciplinary care was the execution of a care plan developed through the collaboration of several health professionals; and lastly, reminiscence therapy involved engaging in activities to help one remember their past (1).


However, it should be noted that the severity level of the depressive symptoms being experienced could not be studied by the authors of the review. Therefore, the impact of symptom severity on the effectiveness of these strategies cannot be commented on.


If you are living with a dementia diagnosis and dealing with depressive symptoms or caring for someone who is, there is help available. The evidence suggests there are a variety of non-drug or combined non-drug and drug treatment options that have the potential to assist with the management of depressive symptoms. Individuals with dementia and/or their caregivers should discuss available treatment options with the health professional or team treating the patient’s dementia to determine the best course of action.

Get the latest content first. Sign up for free weekly email alerts.
Subscribe
Dogs: Companions for life
Mental health and the pandemic: What do loneliness, caregiving, and family conflict have to do with it?
Therapeutic rituals to overcome grief