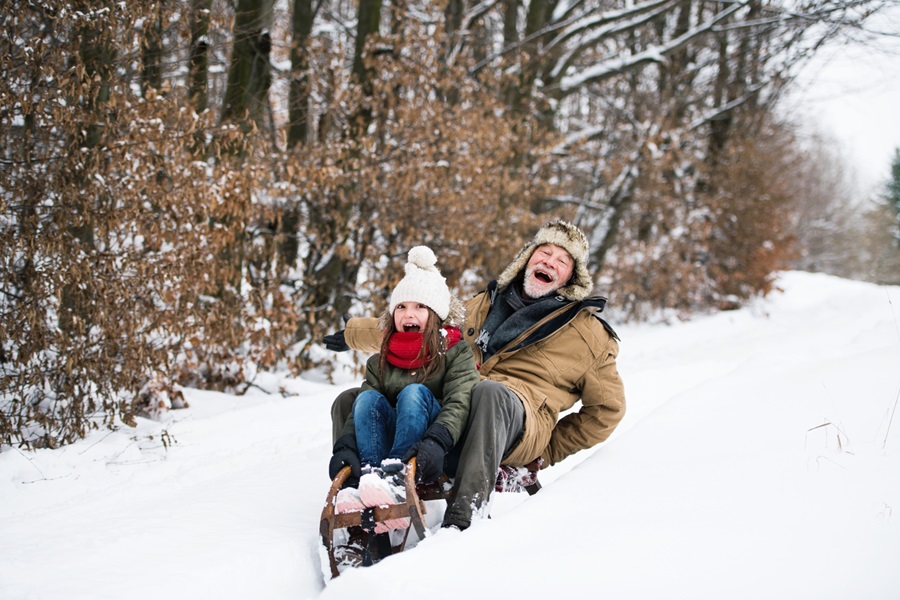 Emotional closeness between grandparents and grandchildren

There are many grandparents and they play essential roles in our lives. In Canada, over 7.5 million people aged 45 and over are grandparents. (1) Most of us have lasting memories of times we spent with our grandparents during our childhood, but also during part of our adult life. Spending a weekend with grandparents was synonymous with freedom. Listening to them tell anecdotes about their youth or that of our parents was memorable. The shared laughter was a sign of a great bond. And what about sweets and a few pennies given in secret!

Sometimes a unique bond develops between grandparents and their grandchildren. Such a positive and meaningful relationship is usually characterized by greater emotional closeness. A real bond of affection and trust is then established that goes beyond the filial bond and which emphasizes the pleasure of being together and unwavering support for others.

But what factors can influence this emotional closeness, and what impact can it have on grandparents and grandchildren?

A recent systematic review of 18 studies examined the emotional closeness between grandparents and their grandchildren, and its role in their respective lives.(2) Of note, the grandchildren in the studies were generally adolescents and young adults (11-25 years old).

The systematic review reveals that emotional closeness is influenced by personal, relational and socio-cultural factors. The relationships between adult grandchildren and their grandparents can be strengthened through what is called intergenerational solidarity. Intergenerational solidarity is not just about getting news or giving out a birthday card. This solidarity implies mutual assistance which benefits both sides. For example, grandchildren sometimes become caregivers for their grandparents, teaching them how to use communication technologies or social media, for example. For their part, grandparents can pass on their experiences to them, be a financial support, play the role of confidant, support them unconditionally and take an interest in their concerns.

However, several factors can hinder this emotional closeness: lack of time, divorces, geographic distance between them, family conflicts and the independence of grandchildren who have become adults. The state of health of grandparents can also affect this connection, for example if they develop dementia. As if that weren't enough, the health context of the COVID-19 pandemic limited opportunities to see each other face to face, which isolated seniors.

As they age, grandchildren expand their social networks and connect with people outside of their family circles, which sometimes decreases the time spent with family members. Grandparents, on the other hand, sometimes see these social circles shrinking due to isolation, disease and mortality of loved ones, and desire to increase the time spent with living family members.

It is therefore important to increase contacts in person or via social media, despite the geographic distance. These privileged moments will allow you to discuss, tell anecdotes, listen to each other, and support each other in difficult times.

Most importantly, don't forget to tell them how much you love them.

Get the latest content first. Sign up for free weekly email alerts.
Subscribe
Can past traumas hinder the ability to age in place?
The other side of the screen
Dogs: Companions for life