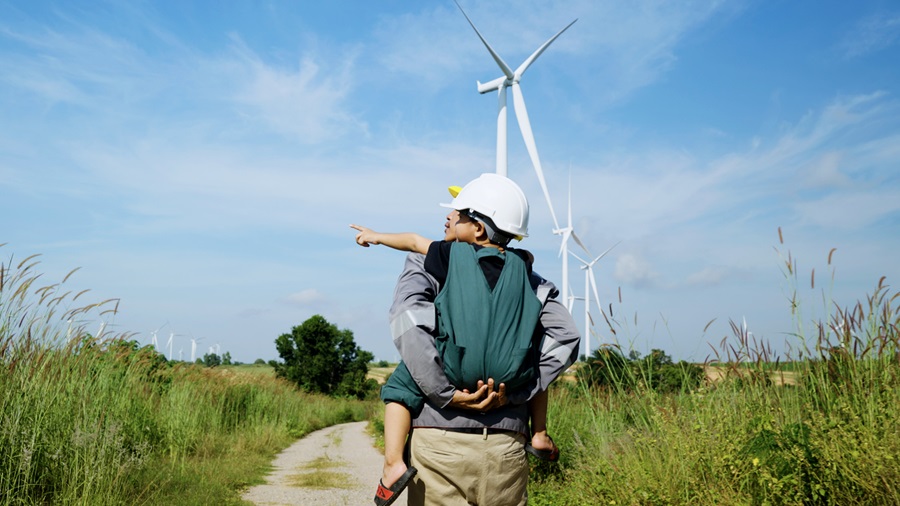 The effects of climate change are numerous: heat waves, changes in the distribution of certain vectors of infectious diseases, reduced food production capacity and more... These changes have harmful effects on human health, regardless of age. However, older adults are particularly vulnerable, as they are more susceptible to the effects of extreme heat waves, severe weather disturbances and air pollution, for example. In fact, the United Nations considers that climate change threatens older adults' rights to life, health, food, water and sanitation, housing, freedom of movement, livelihoods, social protection, development and culture.(1)

In recent years, we have heard of various movements led by young activists, such as Greta Thunberg, who are trying to convince policymakers - often older ones - to adopt measures to stop climate change. The prevailing discourse sometimes tends to pit the generations against each other or to place blame on certain generations over others.(2)

But what does the research tell us about intergenerational relationships in the context of climate change?

A recent review of 20 studies examined intergenerational relations in the context of climate change.(3) The review is guided by the concept of "intergenerational ambivalence," which means the coexistence of both tension and solidarity between people from different age groups.

Studies point out that many young people tend to believe that older generations consume and pollute the planet shamelessly. However, studies show that age is weakly related to environmental values. In fact, as people age, they become more concerned about environmental sustainability and the causes of climate change. Recent evidence indicates that older generations aspire to leave a valuable legacy for future generations.

Studies show that all age groups have high levels of knowledge related to the environment, but the sources from which they draw this knowledge differ, which can increase generational differences, decrease the trust of younger people in traditional media or older people in new media platforms, as well as hinder the intergenerational transfer of knowledge.

2. Solidarity and the transmission of knowledge and practices between generations

Some believe that the fight against climate change is an effort of the younger generations. Yet, there are many examples of older activists providing support, mentorship and resources to advance environmental justice. Studies suggest that involving older adults in the climate movement and sharing experiences with younger people fosters positive intergenerational relationships and improves the status of older adults. Why not tap into older adults' skills and knowledge of environmental sustainability and conservation by soliciting their engagement?

Other studies show that in times of crisis and extreme stress that can be generated by climate change, grandparents can play a role in the well-being of young people by developing an emotional closeness with their grandchildren. Intergenerational activities have the potential to reduce social isolation, improve mental health and facilitate intergenerational cooperation, in addition to promoting the transmission of knowledge from one group to another.

So let's put aside our differences and stick together: we must face the threat of climate change together!

Get the latest content first. Sign up for free weekly email alerts.
Subscribe
Homelessness: Breaking the cycle
Do you remember when we first met?
Public art and its impact on our lives