Recognize and prevent delirium (confusion and agitation) when in hospital.

Delirium, sometimes called acute confusional state, is a common and potentially serious condition. It affects older people during illnesses (such as infections), during hospitalization, or after surgery. It may result in longer hospital stays and is associated with other complications (such as increased risk of nursing home admission).

Delirium is a syndrome which temporarily affects a person's thinking. It interferes with the ability to focus, stay on track or shift attention.  The symptoms often wax and wane during the day, and may disturb sleep. Confusion, forgetfulness, hallucinations (seeing things which are not real) and feeling restless are common (1;2). You may have had the experience of visiting a family member or friend after surgery, and found that they were not quite themselves.  Perhaps they didn’t remember where they were or why they were in hospital. They may have appeared muddled and said strange things. These symptoms suggest delirium. [For an alternative definition from DSM-5 see text below (3).]

There are many causes of delirium, some of which are complicated. Scientific research identifies factors which make delirium more likely to occur. These important factors can be grouped into two main categories: predisposing and precipitating factors. Predisposing factors are conditions which exist in the patient before the delirium develops. Precipitating factors are conditions which are associated with the start of a delirium.

How is delirium detected?

There are two types of delirium. “Hyperactive” is usually obvious as the person is restless, confused and acting out of character. With the “hypoactive” type the person may appear quiet and peaceful. It can be hard to detect delirium, unless a clinical test is used. The most widely studied test is the Confusion Assessment Method (CAM) (4). This takes less than 5 minutes to complete, and is able to detect over 90% of people with delirium; the test is negative in nearly 90% of people without delirium. These results make it a very accurate test.

How is delirium treated?

The scientific research is not completely clear about the best way to help people with delirium to get better.  Doctors generally believe that treating the precipitating problem (for example, the pneumonia or dehydration) will help the delirium to improve more quickly. There are also a number of simple things that we can do to help (5):

When we look at the research, we have four studies that have used clocks and calendars to help orient patients. One study had clocks and calendars but also added specific talking to the patient (e.g. reorienting them to time and day and other such activities). On the basis of experience, the National Institute for Health and Clinical Excellence group emphasized the importance of family and friends in helping with patient reorientation (5). If the person is “disorientated” (they don’t know where they are or who you are) it is really important to note this; often being disoriented can mean that the person has underlying cognitive impairment or dementia.

There are some studies that look at the use of drugs to help people who get really agitated when they are experiencing delirium. The science is not very clear about this but sometimes doctors do choose to use medications to help. Without conclusive evidence, antipsychotic drugs can be used to calm down people who are delirious and are highly agitated, aggressive or at risk to themselves or others (6;7), but use of these types of drugs is not recommended. The exception to using these is where delirium is the result of alcohol withdrawal, in which case other drugs (benzodiazepines) are the preferred medications.

Can delirium be prevented?

As the causes of delirium are multiple, the most effective ways of preventing delirium involve multiple strategies. The scientific evidence is not conclusive, but shows encouraging results.  One trend is the use of multi-component strategies which show moderate success in delirium prevention (8;9;10;11). The types of treatments used varied widely within the studies that evaluated the programs. This makes it difficult to determine which parts of the multi-component strategies may be effective.

One multi-component program called the Hospital Elder Life Program (HELP) has been evaluated in three studies. This program typically consists of 6 components:

In these 3 studies, the HELP program was shown to reduce how frequently people develop delirium in hospital by as much as 40% (12). These studies are a good start, but in future we would need more conclusive studies, (such as randomized clinical trials) to determine if this approach is best.

An approach used to prevent delirium after surgery involved asking a geriatrician (a specialist in care of older people) to visit and examine patients after their operations (for example, repair of a hip fracture). The geriatrician made targeted recommendations based on a structured protocol. In one study which used this proactive geriatric consultation, the risk of delirium after surgery was reduced (8). However, this study was not conclusive, and more air-tight studies are required to confirm these results.

Other interventions have been tried, including music therapy and educating the health care staff. For these the scientific evidence is weak, with only two studies supporting them (13).

A recent study though, with a few scientific problems, suggests a large positive effect in reducing the development of delirium in hospital. This randomized controlled trial showed that family members may reduce the risk of a person developing delirium by as much as 50% (14). This clinical trial involved the following:

The scientific evidence for all of these interventions to prevent delirium is still not conclusive. However, some of these strategies seem simple and inexpensive to implement. 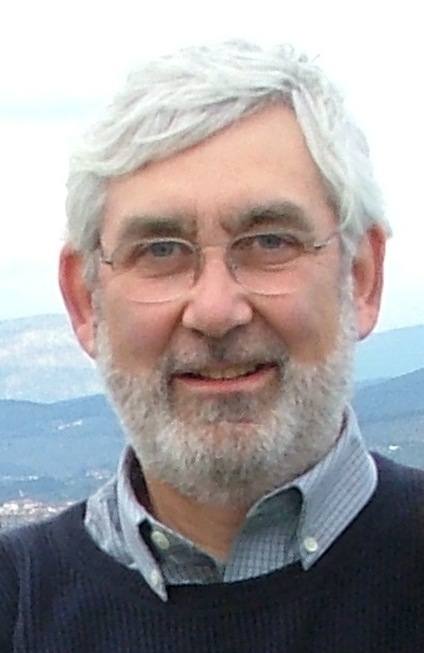 Dr. Christopher J. Patterson is a Professor of Geriatrics in the Department of Medicine at McMaster University and staff physician in Geriatric Medicine at Hamilton Health Sciences. His research at McMaster includes preventive health care, health services and aspects of cognitive functioning in the elderly. There are no conflicts of interest.