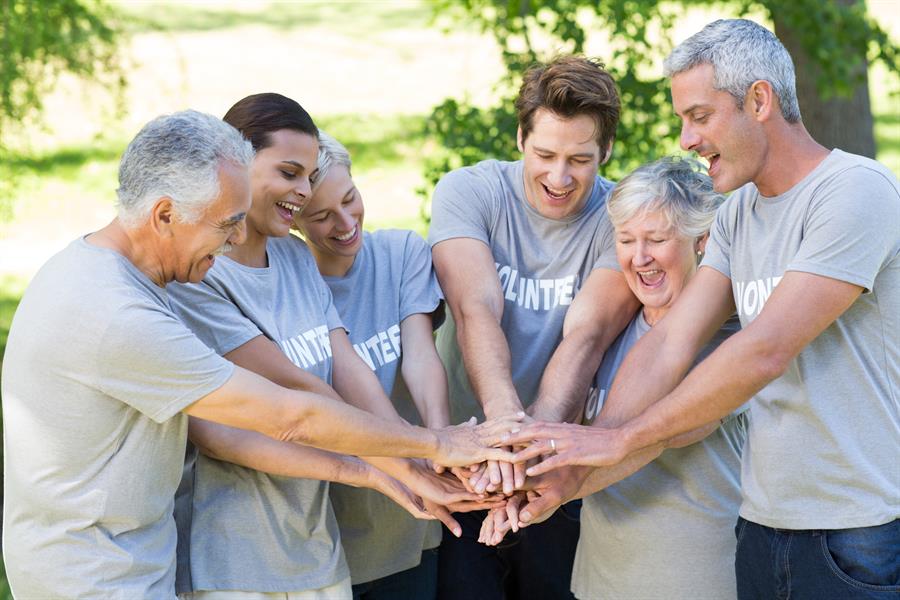 Civic participation is a pillar of our communities. Such participation can also help people keep a healthy, active and engaged life. These benefits can be observed in older adults, civic participation allowing them to build relationships, reduce loneliness and social isolation, but also improve their health and quality of life.(1) But what else is known about the different forms of civic participation?

A recent systematic review examined 429 studies published over the last five decades about the civic participation of older adults.(2) This review made several key observations:

From participation to engagement
Civic participation aims to help others, solve community problems, or produce a common good, without necessarily having political intentions. Such participation conveys the idea of social action, such as helping friends and neighbors, donating to a charity or organization, or volunteering for a community organization.

Research shows that civic participation can also lead to engagement which is more political. The difference between the terms “participation” and “engagement” may seem trivial. However, engagement reflects a deliberate attention to social and political issues. Thus, some older adults may defend a cause, vote, contact their elected officials, sign petitions, write letters or blog posts on pressing health and social issues, stand for public office, or participate in events and social movements.

In addition, research on civic participation has also neglected to provide a diverse portray of older adults. In fact, older adults who actively participate in their community are far from forming a homogeneous group. They have very different characteristics, in terms of gender, the expected civic roles for men and women, ethno-cultural background, health status, age, socio-economic status, or core values. All of these factors can influence the civic participation of older adults.

Many meaningful ways to participate

Organizations in your community surely need you. Civic participation (especially volunteering) seems to be the key to meeting the needs of older adults in terms of proximity, meaningful relationships and reciprocity.(1)

But beyond volunteering, you can also be an agent of change by defending a social, environmental, or political cause. Make your voice heard in order to influence decision-making processes. Consider becoming familiar with social media and other online platforms. These are increasingly used for public debates and consultations.(3)

Blog post: Break the cycle of isolation and stay healthy: Get involved in your community!
Blog post: Social media: Can they be used by older citizens to make their voices heard?
Web Resource Rating: Report of the National Seniors Council on Volunteering Among Seniors and Positive and Active Aging
Web Resource Rating: Rural Volunteers Connect Communities With Better Health
Evidence Summary: Neighbourhood characteristics influence community participation among older adults
Evidence Summary: Interventions to address the social needs of older adults should focus on their desire for connectedness, participation and independence