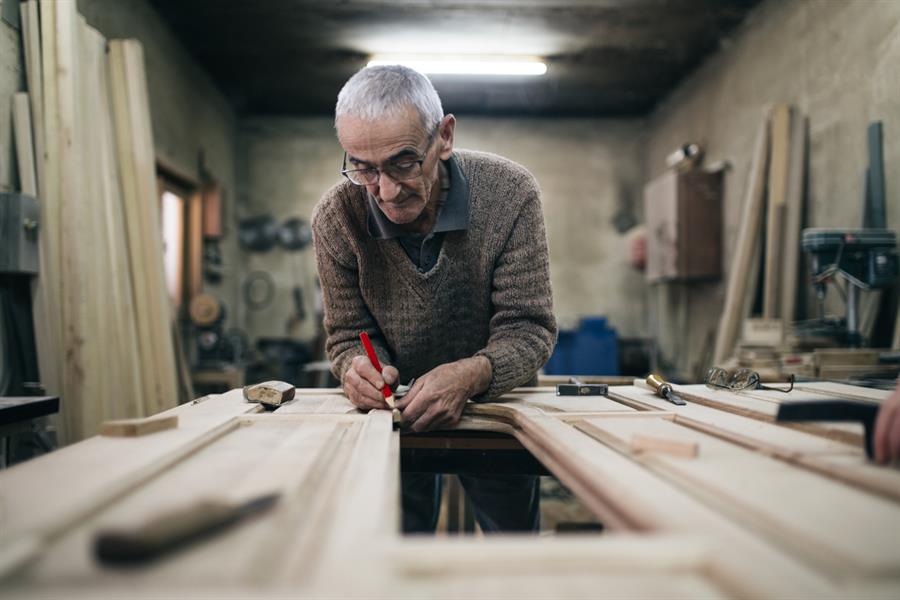 Combatting ageism to leverage the assets of older workers

For many years now, governments and businesses have been increasing the number of policies, incentives and campaigns to promote the hiring or retention of older workers.(1) In the context of an aging population and massive retirements, there are critical workforce needs to be addressed in many sectors.

There is no doubt that retiring can be particularly attractive after several years of hard labour. Early retirement may also be desirable in the context of a pandemic which makes working conditions particularly difficult. That being said, some older workers may also feel pressured into retirement because of the prevailing ageism in their workplace, or may find it difficult to take on new professional challenges.

What does research tell us about ageism and strategies to combat it in the workplace?

A recent systematic review of 39 studies looked at ageism in the workplace in Western countries.(2) Three main themes were identified:

1) The discrimination experienced by older workers
Some older workers argue that the ageism they face appears to be related to perceptions about their physical abilities, work abilities and learning abilities, certain health issues and even their over-qualification.

Studies show that ageism can also be exacerbated by other factors such as gender, social class and ethnicity. These factors can increase the vulnerability of some older workers.

All sectors are affected by ageism, even the health sector. Studies support that healthcare workers have reported negative stereotypes of older people in healthcare settings. Such stereotypes can have serious consequences, such as influencing the allocation of resources between patient groups and the treatments offered.

2) How society defines aging
In a society obsessed with youth and beauty, aging is often viewed as a negative process. This is reflected by:
• recruiters who have internalized certain stereotypes and who may prefer younger candidates;
• healthcare workers who are reluctant to specialize in gerontology; or
• government policies that contribute to the idea that older adults must be active and healthy to be useful to society.

Another element that contributes to this negative perception is that of the "normative life course", that is, the "normal" or "standardized" progression that each age group should have. This translates into a number of ways, including:
• the marginalization of people who deviate from this path, for example people who start studies at an advanced age;
• greater difficulties in re-entering the labour market in the event of a job loss, as this deviates from the traditional professional path which implies uninterrupted progression until retirement (and in the event of job loss, older workers are sometimes redirected to lower paid, unskilled and precarious jobs); or
• less training and promotions offered to older workers, which reinforces the idea that they cannot learn new things or face new professional challenges.

Adaptation strategies
The main coping resource is social support, which enables older workers to increase their sense of personal worth and professional belonging.

In their work environment, older workers sometimes adjust in many different ways. While some will fight openly against discrimination, others will prefer to accept this reality and focus on the positive aspects of life outside of work.

Identity strategies
Whether you feel old or young depends on personal identity, which is fluid and influenced by social relationships and environmental factors. Thus, some older workers are fighting ageism and want to strengthen their professional identity. Others internalize the prevailing stereotypes: some quickly adopt a new identity, that of future retirees.

In the workplace, some leaders are trying to put in place strategies to be more inclusive for older workers. However, studies show that these measures sometimes have the opposite effect, as some managers are so afraid of behaving inappropriately towards older workers. This may cause them to avoid them instead and thus reinforce their exclusion.


Fight for your rights

If you are employed or looking for a job and believe you are being discriminated against because of your age, remember that this is illegal. You cannot be refused a job, training or promotion, or forced to retire because of your age. Recourse is possible with your organization, provincial and territorial human rights organizations, or courts which may have jurisdiction depending on the circumstances.