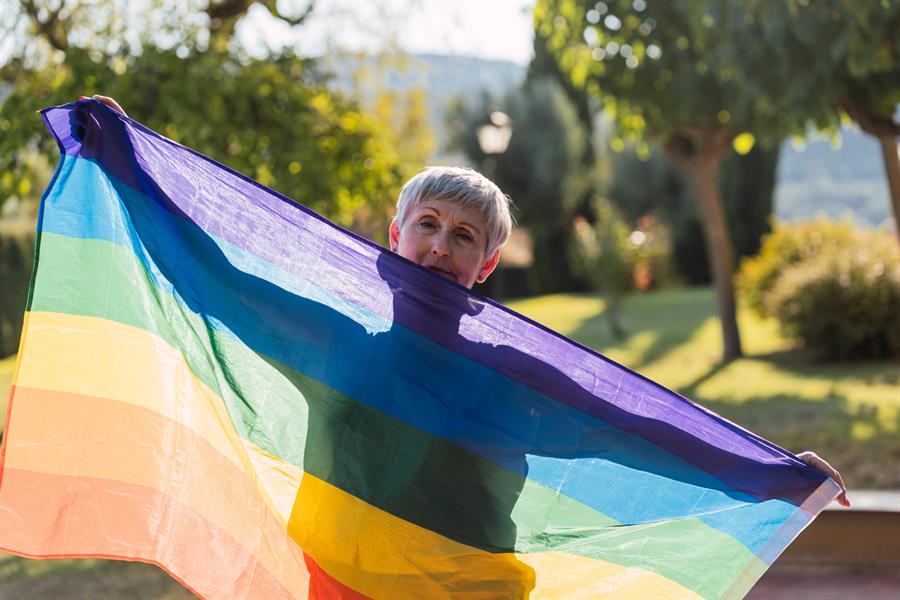 Do you identify as part of the LGBTQI community (lesbian, bisexual, transgender, queer, intersex)? Are you worried about being prejudiced and discriminated against when seeking care? If so, you are not alone!

Studies show that older LGBTQI women experience more discrimination than men because they find themselves in a “triple minority” situation, based on their gender, age and sexual orientation.

It appears that many care providers are uncomfortable with issues related to the sexuality and gender of LGBTQI women, as well as staff in nursing homes and other residents often viewing homosexual relationships negatively. In this context, it is not surprising that older LGBTQI women express a desire to obtain accommodation services and care that are inclusive and adapted to their realities.

But how can we redefine health and social care to make them more accessible to older LGBTQI women?

A systematic review of 18 studies examined the views and experiences of 830 older LGBTQI women in accessing health and social care.(1)

Four major themes were identified from the analysis:

1. The disclosure dilemma
LGBTQI women may feel uncomfortable disclosing their gender identity or sexual orientation to care providers, their employer, and co-workers. Often, they fear homophobic attitudes, rejection, negative effects on the progression of their career, refusal to treat them. Some will even hide their orientation or wait before seeking care. These reactions have negative consequences on their health and well-being: necessary treatments may be delayed, lower self-esteem, depression.

2. A sense of belonging
In times of need, older LGBTQI women can mostly rely on their partner and the LGBTQI community for care or support. Unfortunately, many friends and family members do not accept the LGBTQI reality, which leads to breakdowns in their relationships and greater social isolation.

3. Care is not inclusive
Overall, the majority of studies have found that care lacks inclusiveness to meet the needs of older LGBTQI women. For example, many provider take it for granted that everyone is heterosexual, are unfamiliar with the needs of lesbian women or non-binary people, and are uncomfortable with aspects of gynecological and sexual health of LGBTQI women. This compromises needs assessment and can lead to ordering unnecessary tests.

4. Facing various axes of oppression and discrimination
In addition to discrimination based on their sexual orientation and gender identity, older LGBTQI women may face various axes of oppression and discrimination based on their ethnocultural background, socio-economic status and their age. For example, they may be victims of prejudices associated with poverty, have difficulty accessing resources due to financial difficulties, especially if they live in remote regions.

We are not all equal when it comes to aging. Older LGBTQI women face significant challenges. Several changes appear necessary, including:
- better training of professionals and the establishment of programs specifically designed for older LGBTQI women to help them stay healthy, active and engaged for as long as possible; and
- accreditation programs for professionals and institutions to ensure that the care they deliver is adapted to their specific needs.

Blog Post: Are we equal in the face of aging? Challenges faced by LGBTQ2 older adults
Web Resource Rating: Reducing isolation: A community engagement service model
Web Resource Rating: Caregiving in the LGBT community
Evidence Summary: Access to and quality of social and healthcare services can affect non-heterosexual identity of aging individuals
Evidence Summary: There is a need for gender-sensitive health- and social-care services for aging individuals

Get the latest content first. Sign up for free weekly email alerts.
Subscribe
Love in the digital age
Aging and HIV: Meeting the unique care needs of older adults and fighting discrimination
The up-and-up on treating premature ejaculation