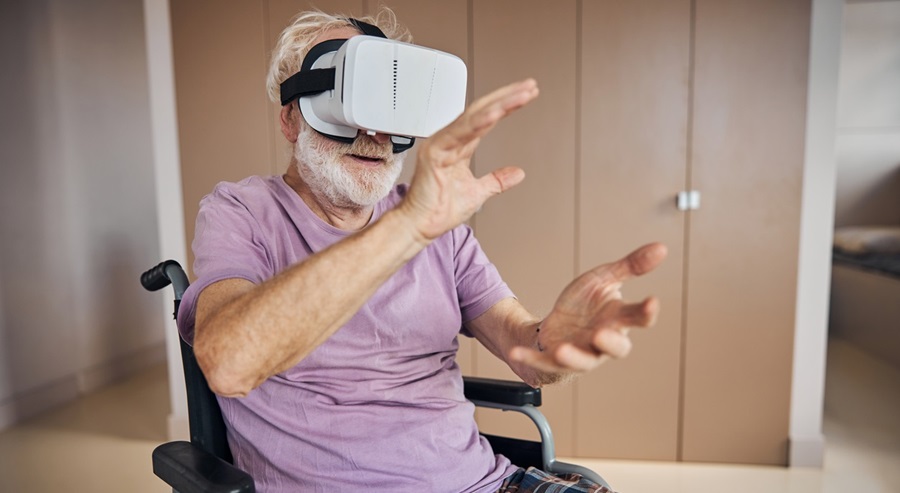 Be it The Matrix, Tron, or Black Mirror, movies and television shows have long been familiarizing us with the idea of using computer technology to simulate the feeling of being in an artificial or augmented environment. To sci-fi buffs, this concept is known as ‘virtual reality’ (1;2). For those not as familiar with the ins and outs of virtual reality, here’s a crash course.

The core features of a virtual reality experience include the virtual world that has been created, the provision of sensory feedback (e.g., visual, touch, etc.), and interactivity (2;3). How immersive this experience is, meaning the degree to which you feel like you’re inside this virtual world, varies based on the technology used (2;4). For instance, virtual reality systems that include head-mounted video displays and avatars pull you deeper into the virtual environment than those that just use a large screen or multiple screens or those that rely on one standard computer or television screen. Lastly, virtual reality systems include both gaming systems that are commercially available, such as the popular Nintendo Wii, and systems that are specifically developed for rehabilitation purposes (2;5).

You heard that right…rehabilitation! Long gone are the days of merely using virtual reality as a plot device to entice the viewing audience or sprinkling it in conversations about what the future will look like. Because, as they say, “The future is now,” and virtual reality interventions may have a real role to play in improving the health of certain populations. One of these populations is stroke survivors. Let’s explore the possibilities further with a recent systematic review on the impacts of virtual reality therapy among those who have had a stroke and suffer with mild to severe arm weakness (2).

The review found that virtual reality therapy may provide multiple benefits in people who’ve had a stroke, compared to conventional therapy or sham (aka fake) treatments. Here, virtual reality therapy included both the use of commercial gaming systems and systems developed specifically for rehabilitation (2). These systems engaged participants in games or activities that allowed them to practice moving (e.g., extending, flexing, rotating, etc.) their shoulders, elbows, forearms, wrists, fingers, or whole arm. Examples of some of these games or activities include, kung fu, smashing ice cubes or demolishing walls, rally ball, bowling, boxing, tennis, golf, imitating motions performed by an avatar, and reaching, grasping, and releasing exercises (2;6-10).

But before embarking on a virtual reality experience, be sure to consult with your health care team. Together, you can discuss if this strategy is appropriate based on the status of your health, whether commercial or specially designed systems are right for you, the need for supervision, and ways to reduce any risks while engaging in this activity.

Get the latest content first. Sign up for free weekly email alerts.
Subscribe
My memories, my digital heritage
5 health conditions that can benefit from exercise
E-cigarettes for smoking cessation: What do we know?